⛏️ Kula Gold Limited is pleased to announce a new gold prospect has been identified at the Marvel Loch-Airfield Gold Project (KGD 100%) at Southern Cross. 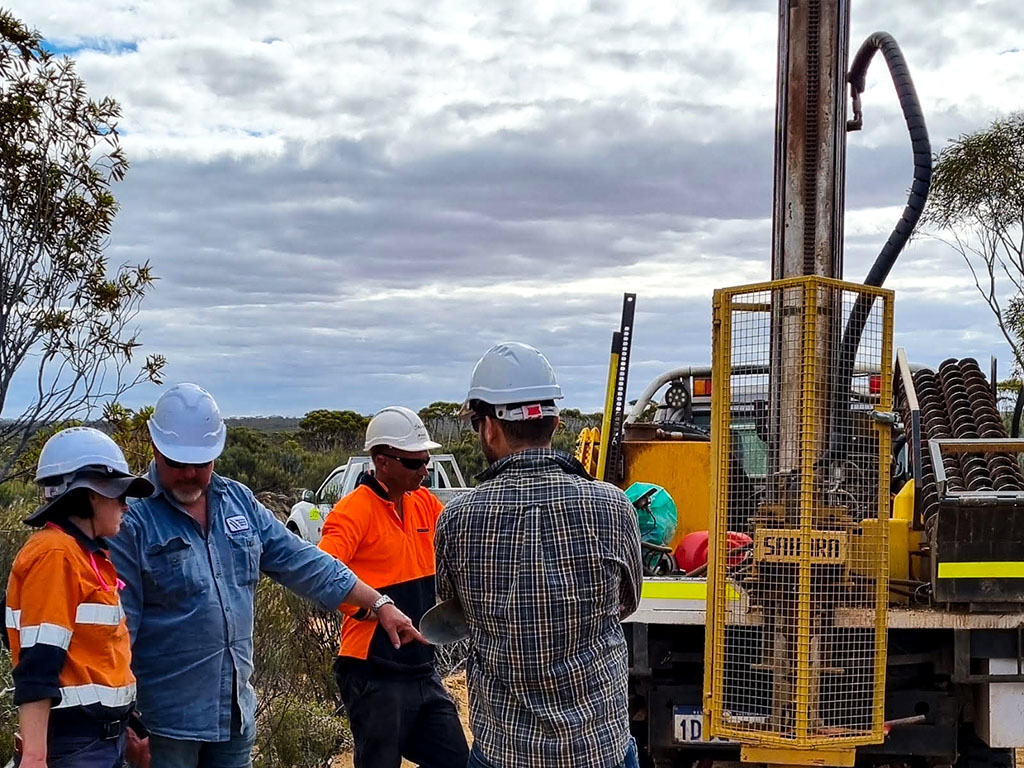 First pass auger geochemistry sampling has defined the newly named G-Star Prospect, which extends over a strike length of 2,200m in the Southeast of E77/2621 (Figure 1). 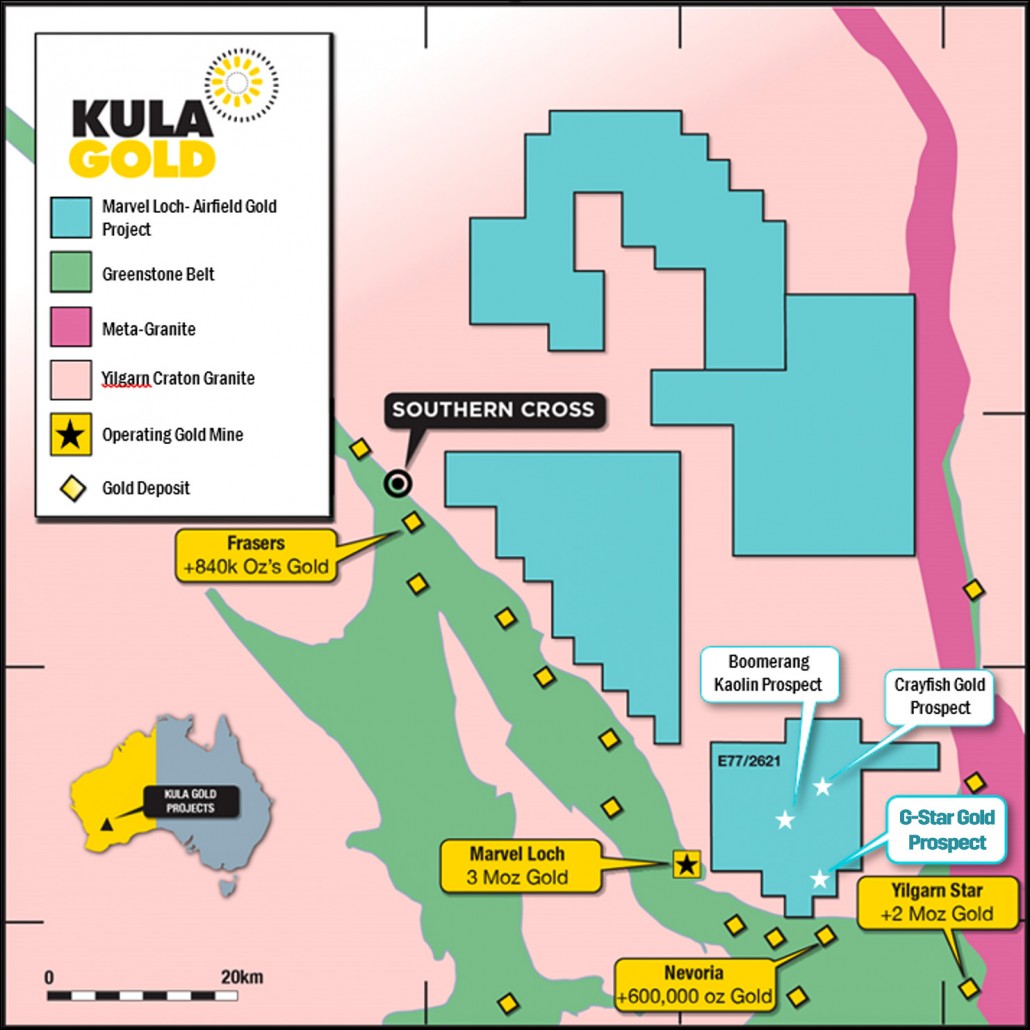 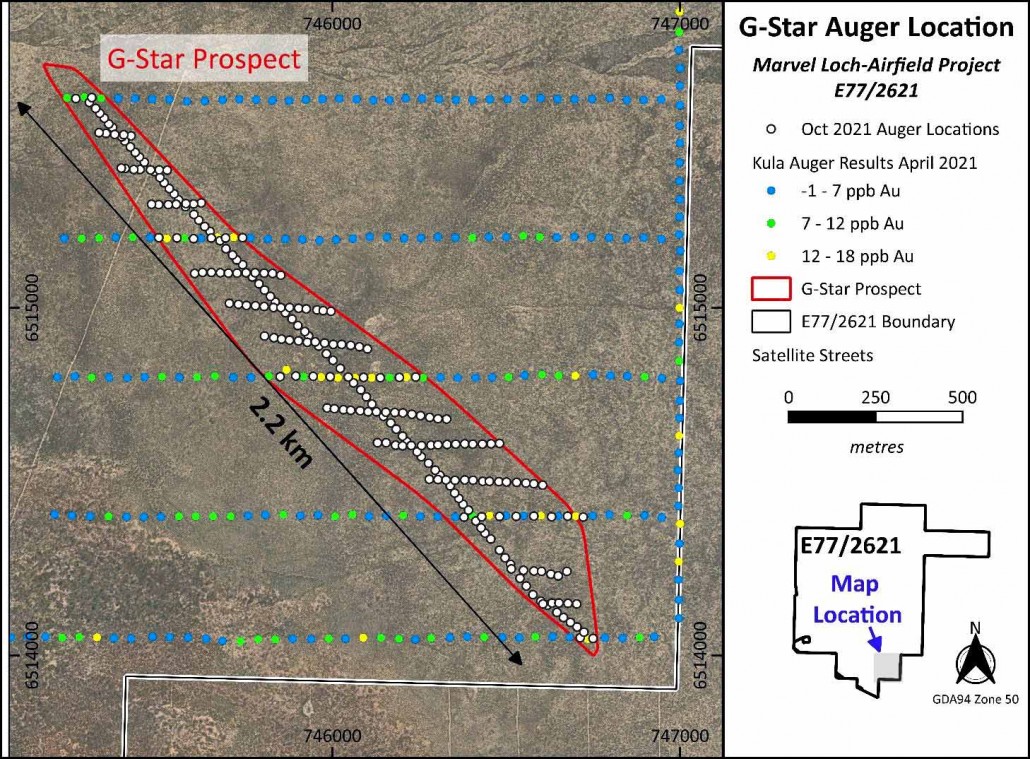 Company geologists were onsite for the start of the program to ensure sampling of the correct horizon via appropriate sampling technique. Haematitic lateritic soils and saprolite clays—a favourable sampling medium—were observed. Sample locations are provided in Figure 2.

Should auger geochemistry provide sufficient data to define a drill target within the prospect area, then a RC drill rig will be mobilised with some urgency to test the target. Results from geochemical assays (gold and multi-element) will be reported in due course.

RC drilling of the Boomerang Kaolin Prospect is scheduled to start next week.

For the full table of JORC data please download the PDF.

Competent Person Statement: The information in this report that relates to geology and exploration is based on information compiled by Mrs. Melanie Hickman, a Competent Person who is a member of the Australian Institute of Mining and Metallurgy and the Australian Institute of Geoscientists. Mrs. Hickman is a Geology and Exploration Consultant who has been engaged by Kula Gold Ltd. Mrs. Hickman has sufficient experience, which is relevant to the style of mineralisation, geology and type of deposit under consideration and to the activity being undertaken to qualify as a competent person under the 2012 edition of the Australasian Code for Reporting Exploration Results, Mineral Resources and Ore Reserves (the 2012 JORC Code). Mrs. Hickman consents to the inclusion in the report of the matters based on her information in the form and context in which it appears.

About the Company
Kula Gold Ltd (ASX: KGD) is a West Australian gold exploration company focussed on large land positions and structural geological settings capable of hosting ~1m oz deposits.
The company has various gold, copper, nickel, PGE, halloysite and kaolin projects across the Southern Cross region including Marvel Loch, Rankin Dome, and Westonia, as well as near Brunswick and Kurnalpi-Lake Rebecca. The company has a history of large gold resource discoveries with its foundation Woodlark Island project in PNG.
Contact the Company Secretary on Tel: +61(08) 6144 0592 or via cosec@kulagold.com.au