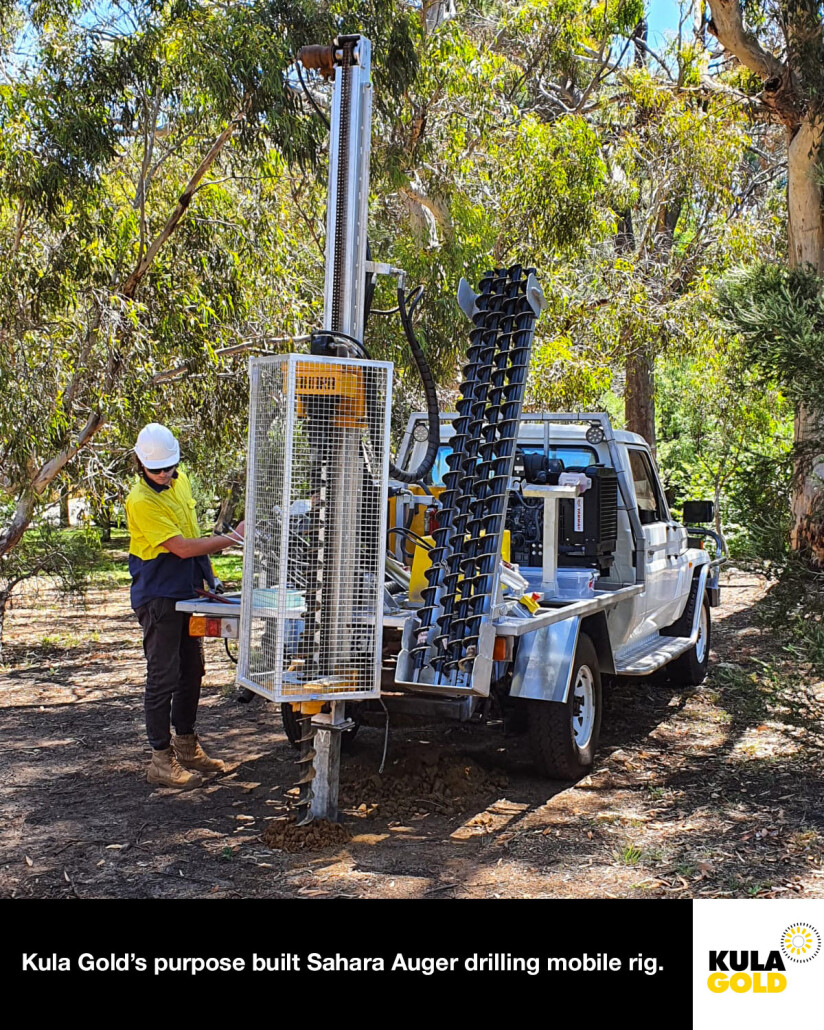 The program began this week at Kula Gold’s Airfield Gold Project and will continue over the weeks leading into Christmas – drilling 400 holes across both Airfield and the Rankin Dome Project – more details here.

Kula Gold contracted Sahara Natural Resources for the construction of this powerful 4WD mounted Auger unit at their Western Australia base. The rig is capable of drilling to 30m depth if required and Kula plans to target the “interface zone” between overlying sand/clay and underlying saprolite with this rig.

Sahara are Africa’s largest Auger Geochemical company with over 3.5 million meters of Auger resulting in 30+ grass roots discoveries in West Africa over the last 10 years.

Kula Gold will share video and photos of the purpose built Auger rig in action at Southern Cross over the next fortnight on this website, LinkedIn and Twitter – with samples to then be sent to Bureau Veritas in Perth for multi-element analysis, with results expected early-to-mid January 2021.

Map below shows the location of the licence and approximate locations of the planned auger drilling in December 2020. 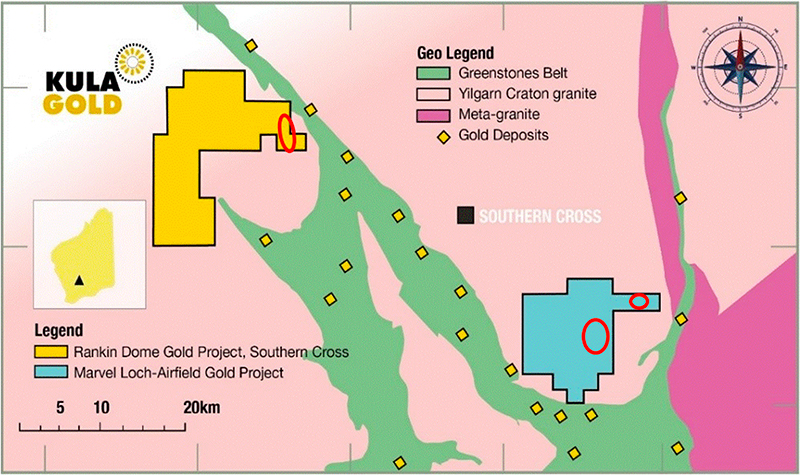