The open file magnetic data collected in Q4 2020 (see latest Quarterly Activity Report) shows some subdued magnetic highs which the company thought was worth investigating further to see if the subdued magnetic response was masking potential Ultramafics in the licence area. 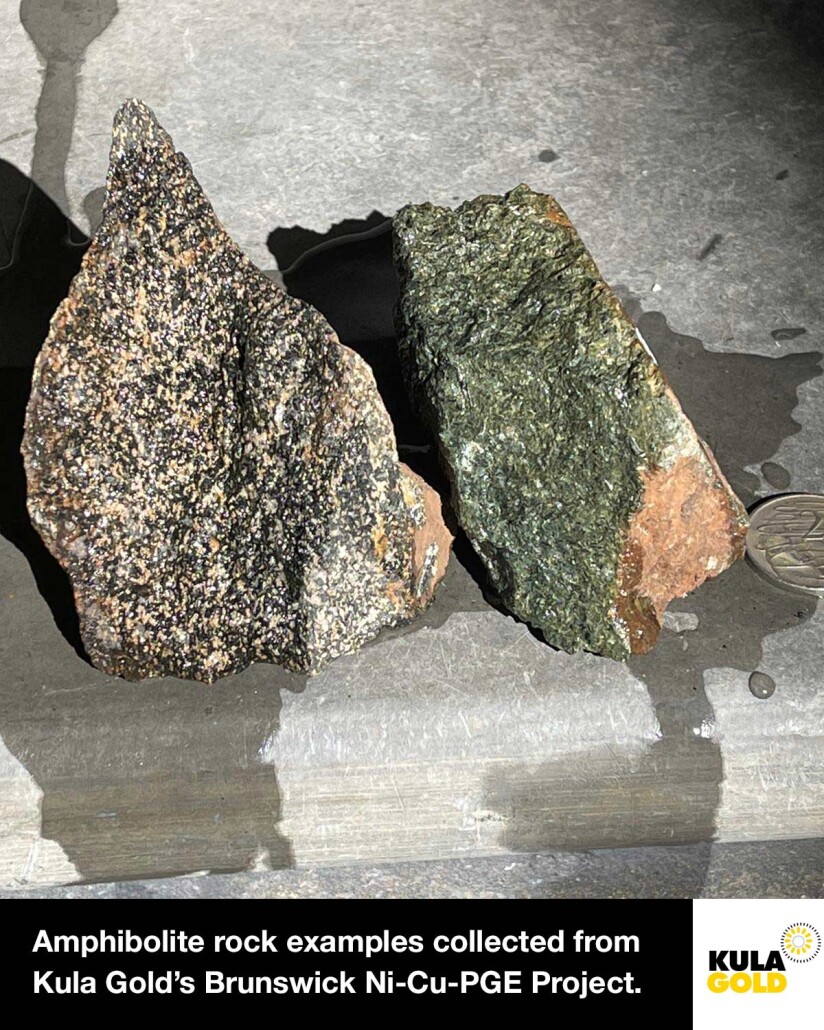 The amphibolite grades from a hornblende – feldspar type (on the left of image above) to a hornblendite with 98% magnesium-hornblende with anomalous Nickel suggesting a potential ultramafic pre-cursor rock. At one site 7 soil samples were collected along a road cutting and two were sieved to -80um and analysed with the XRF which showed anomalous Cr, Ti, V, Cu and Ni.

The rock on the right in the image above contains anomalous Ni with 1540ppm from a rock chip sample assayed at Bureau Veritas which confirms the previously reported XRF reading of 2,000ppm. 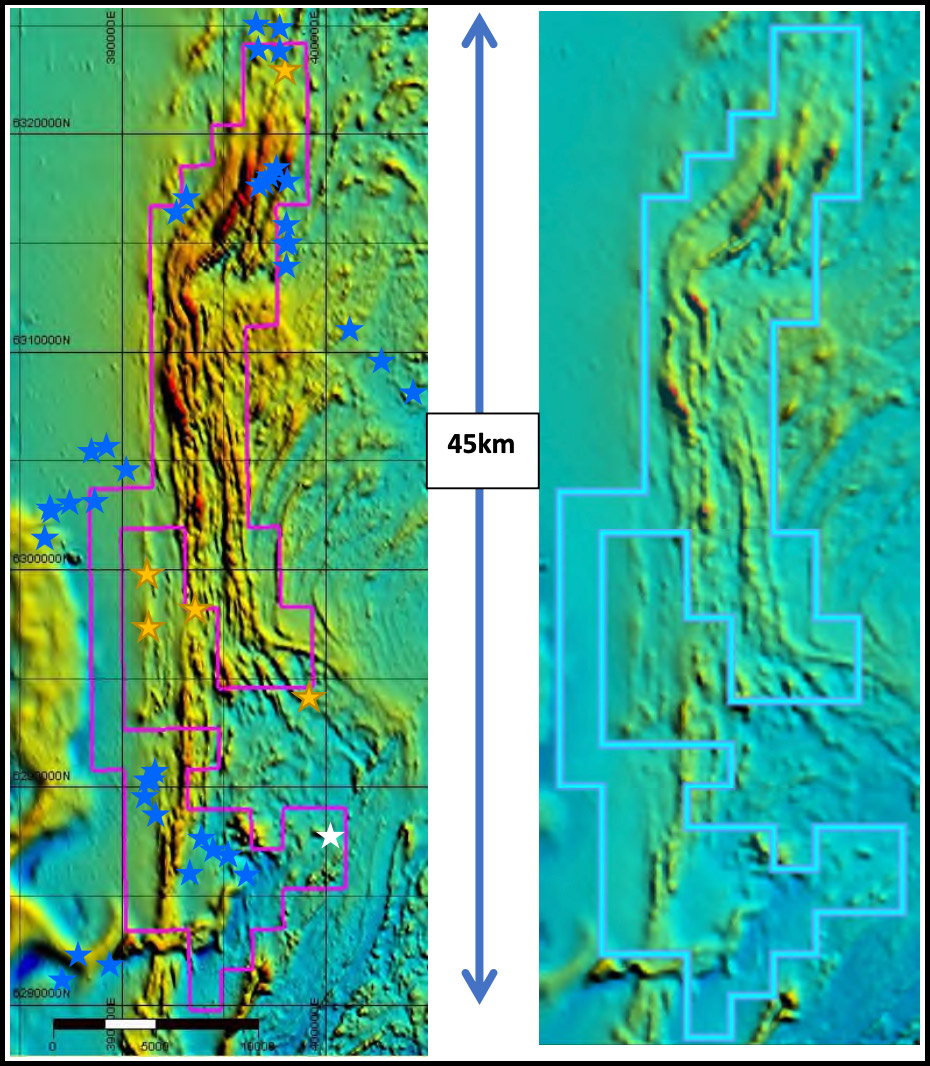 The Brunswick licence is also prospective for pegmatites which will be the subject of a planned field mapping program based on Aster imagery. A comprehensive soil sampling program is commencing this quarter (Q1 2021) to test the majority of the magnetic targets identified to date. 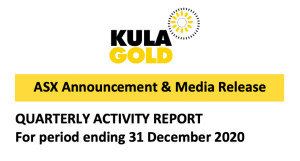