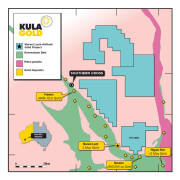 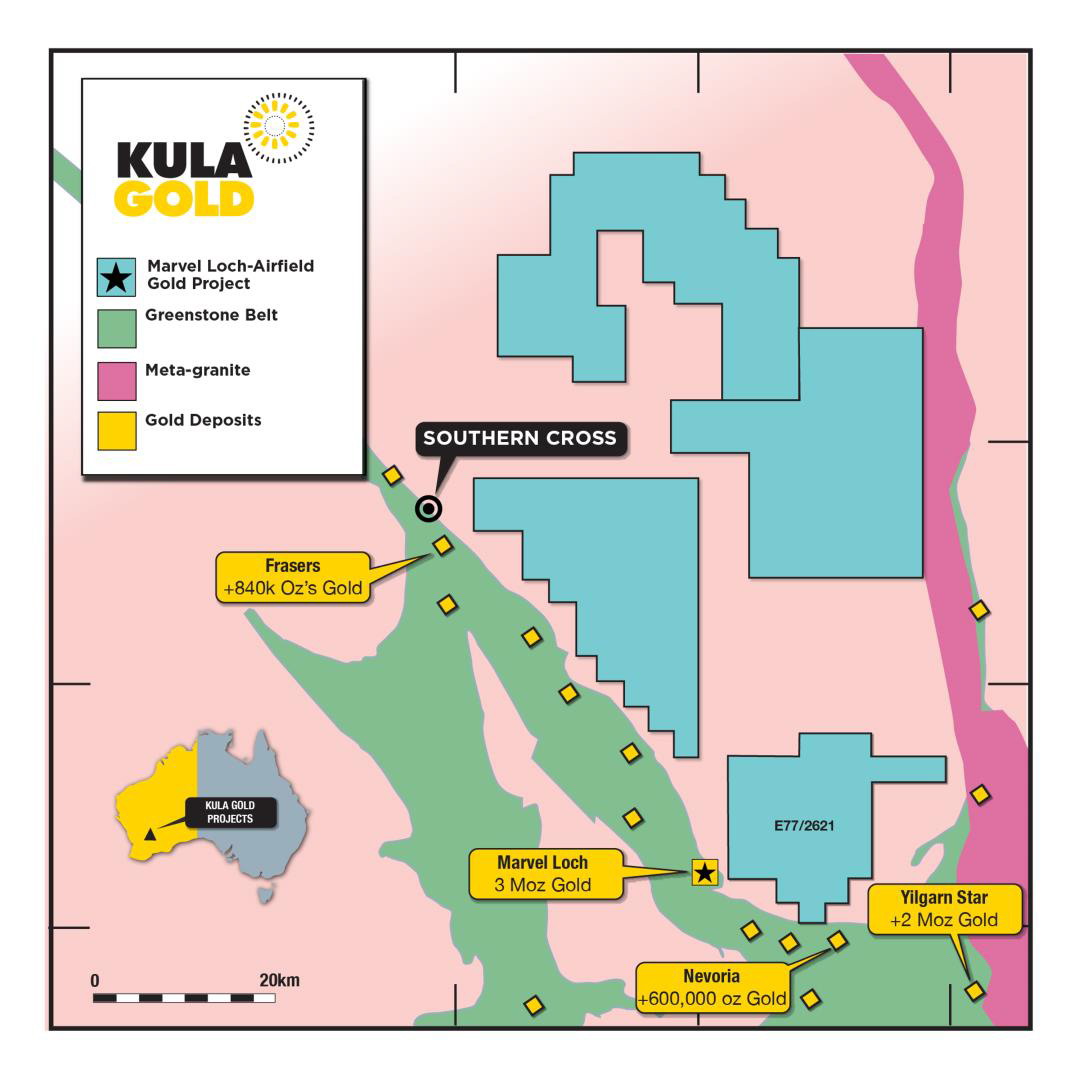 After completing an extensive drilling program in April 2021, the company has applied for an extra 450km² in  land holdings north of the existing 120km² E77/2621 Airfield Gold Project area – as it identified prospective geological structures from geophysics and geochemistry which are capable of hosting significant gold resources. 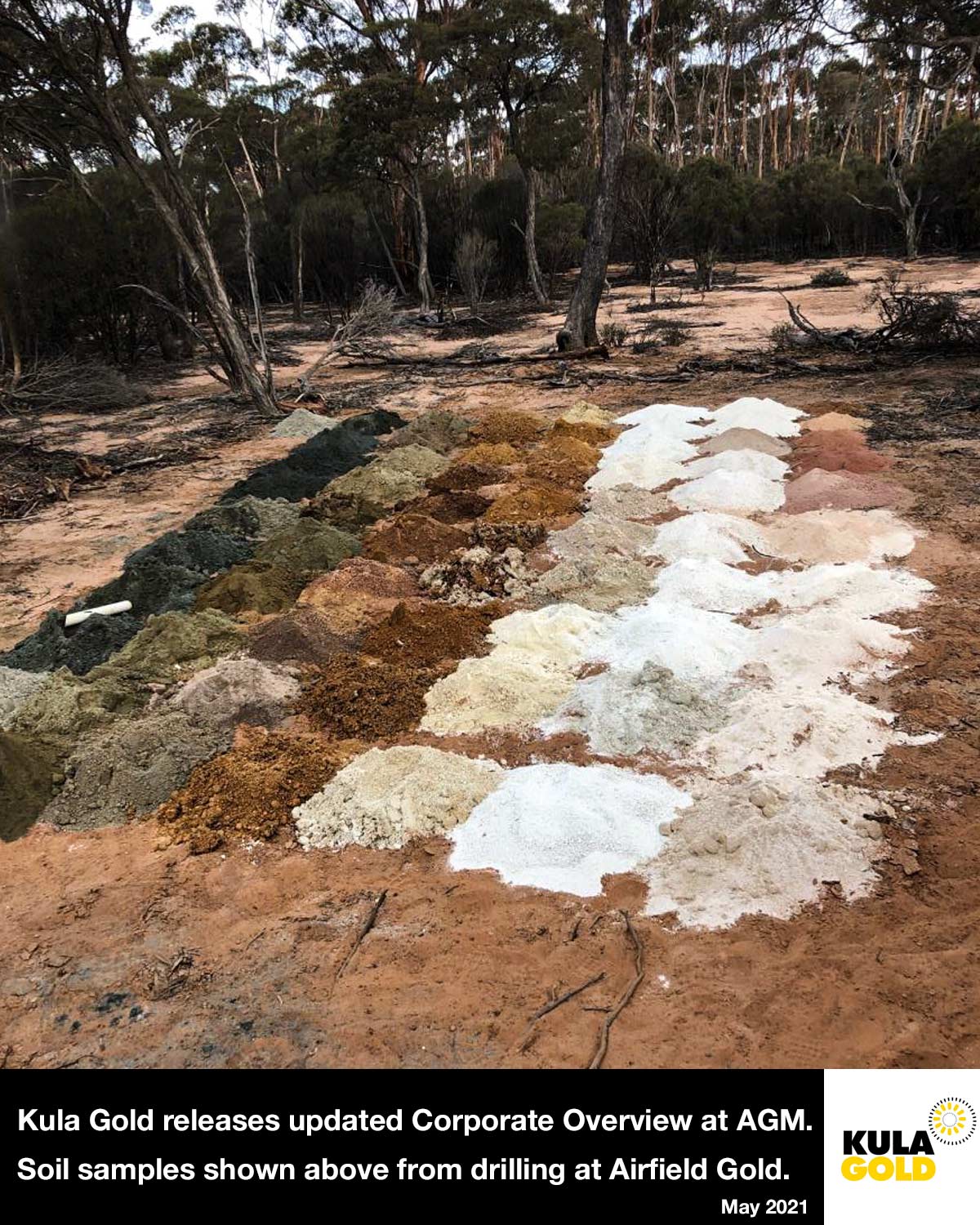 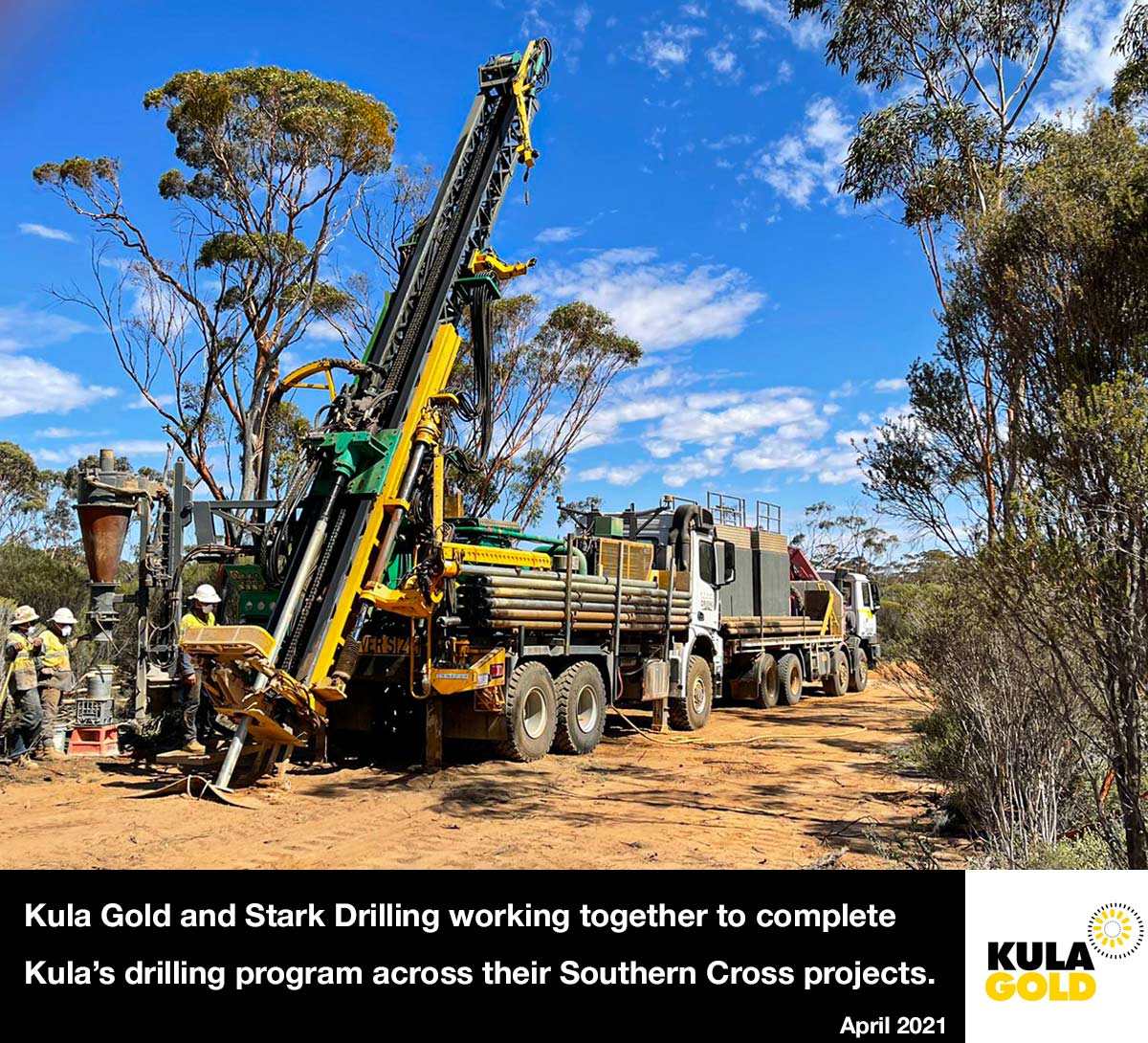 Kula Gold released an updated Corporate Overview at its AGM on Monday 19 May 2021 which included details on what was achieved by the drilling program in April.

The Marvel Loch Gold Mill is only 8km from the Airfield Gold Project.