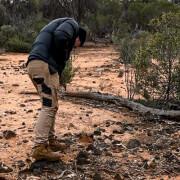 The Company has confirmed the discovery of large areas of previously unmapped nor recognised Amphibolite/BIF (Greenstone) belts at its Airfield Gold Project. 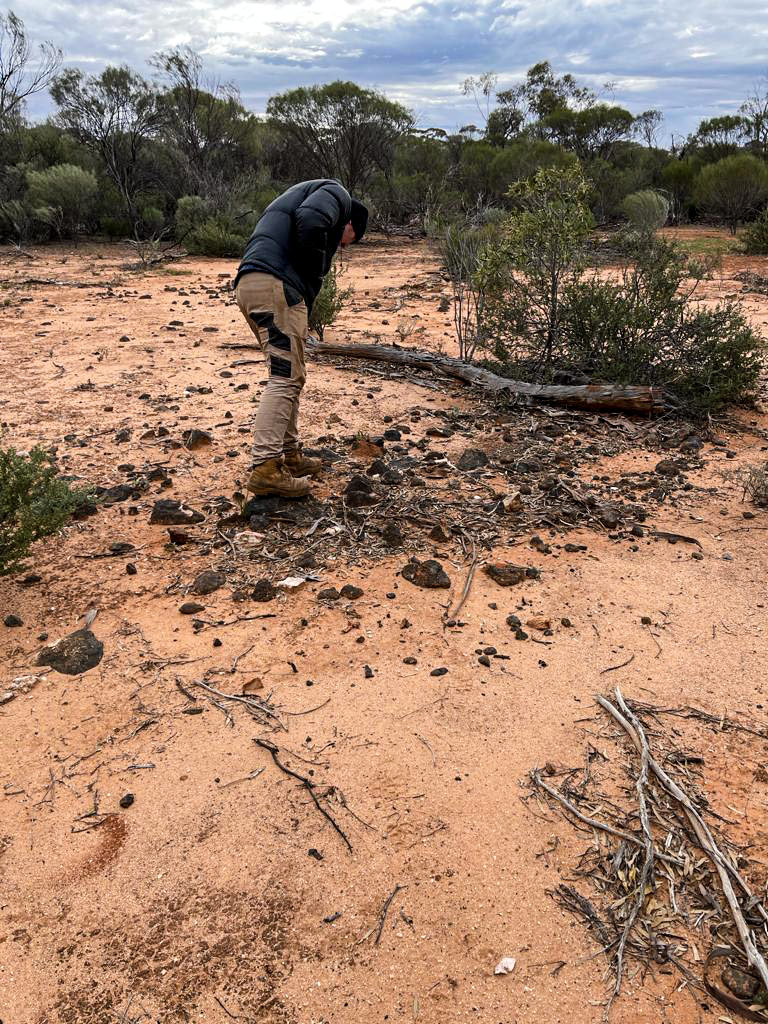 Figure 1. Amphibolite outcrop with BIF float inside the Ghooli Dome on a new licence application at Airfield Gold.

Subsequent field verification of Amphibolite/BIF in several areas inside the Ghooli Dome at Airfield Gold, confirm over 25km of strike length to date, with the holding sitting near to the prosperous Greenstone belt at Southern Cross (see Map below which highlights the gold deposits across the belt).

As a result the company applied to expand its Airfield Gold Project to 570km² and the next steps in the process are to resample some of the RC drilling to one metre samples, (from current 4m composite samples) and then carry out a constrained diamond drilling program to provide orientation data and geotechnical information.

Kula Gold’s holdings at Southern Cross – highlighting the gold deposits on the Greenstone belt that runs through the region.

The new information will focus Kula’s next Southern Cross exploration program targeting totally unexplored greenstones in this prolific gold producing region (15m ounces produced from the region’s Greenstone belt), which is gearing up in H2 2021.

Kula’s initial interest in the Ghooli area came from a Sons of Gwalia (SOG) low level Au anomaly generated from regional auger regolith sampling. This anomaly appears to be associated with previously unknown, upper greenschist to lower amphibolite facies greenstones with good potential host rocks (BIF, mafic volcanics) in the centre of the Ghooli granite dome. There is no prior exploration work on the Airfield EL other than this 30-year-old work by SOG. 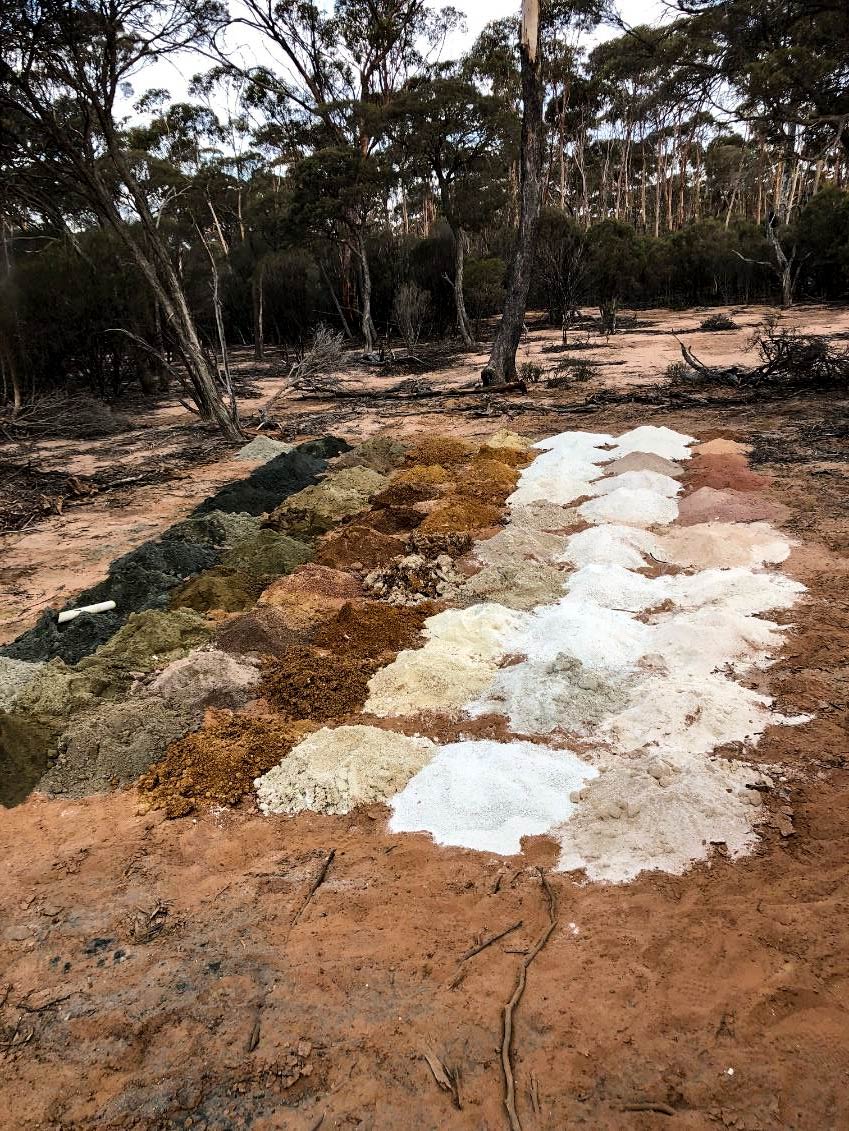 This technical breakthrough endorses Kula’s focus of drilling near to operating gold mines as geologically proven areas for discovery, and importantly the development and mining of any discovery is much quicker and far less capex than a greenfields new mine development. The new licences are now targeting previously unrecognised amphibolite zones in the Ghooli Dome which were intersected in the recent Airfield drilling program to the south. 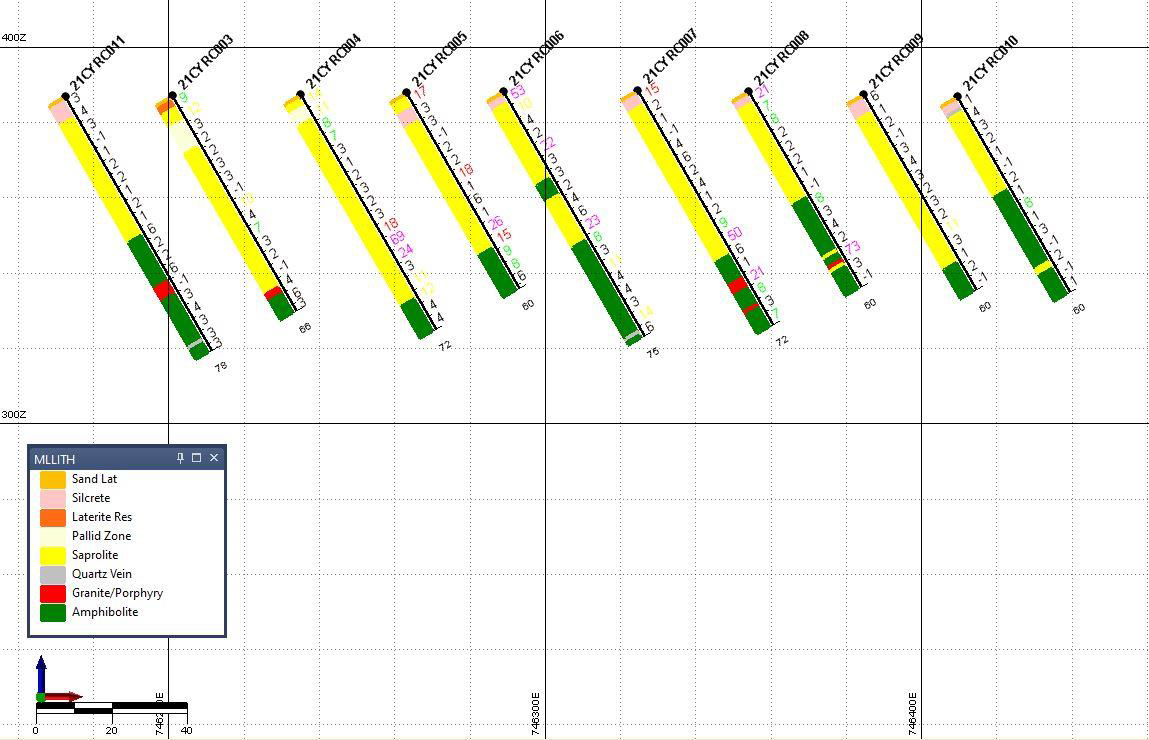 The drilling program consisted of 4 Aircore holes and then 23 RC holes for 1824m of drilling. RC drilling at the Crayfish Prospect intersected silica-epidote altered, quartz-veined amphibolite with zones of pyrite, with only low level gold results, which explains the gold in the auger sampling from the first pass auger. The RC program results as follows, for Au ranged from below detection (BD) to 73ppb gold over 4m, Platinum ranged from BD to 65ppb and Palladium from BD to 60ppb. Drilling confirmed the new additional target of gold in greenstones, so refines the auger sampling in future programs for time and cost savings to identify prospective auger geochemical targets for future RC drill testing.

Kula Gold has completed auger drilling along approximately 51km of lines on the Marvel Loch licence and results will be reported once they are available from the assay laboratory.

Drillholes 21BMRC001-003 were testing a geophysics target and intersected thick approximately 40m vertical zones of kaolin which have been separately sampled and sent to Bureau Veritas and CSIRO in Adelaide for kaolin testwork and results of this testwork will be reported in due course.

Next Steps:
1. Resampling some of the RC to one metre samples, (from current 4m composite samples) and a
constrained diamond drilling program to provide orientation data and geotechnical information.

Brunswick Project Exploration
A substantial soil program has been conducted in the Brunswick project, results will be reported in due
course.

Qualified Person Statement
The information in this report that relates to geology and exploration is based on information compiled by Mr. Adam Anderson, a Competent Person who is a member of the Australian Institute of Mining and Metallurgy and the Australian Institute of Geoscientists. Mr. Anderson is a Geology and Exploration Consultant who has been engaged by Kula Gold Ltd. Mr. Anderson has sufficient experience, which is relevant to the style of mineralisation, geology and type of deposit under consideration and to the activity being undertaken to qualify as a competent person under the 2012 edition of the Australasian Code for Reporting Exploration Results, Mineral Resources and Ore Reserves (the 2012 JORC Code). Mr. Anderson consents to the inclusion in the report of the matters based on his information in the form
and context in which it appears.