⛏️ Kula Gold Limited is pleased to announce the start of a new reverse circulation (RC) drilling program to define the lateral and vertical extent and resource potential of Kaolin and Halloysite within the Boomerang Prospect at the company’s Marvel Loch-Airfield Gold Project at Southern Cross.

Approximately 3,500m in around 62 vertical holes is planned to test the kaolin and halloysite resource potential at Boomerang. A coincident gold target will also be investigated by extending each hole 10-15m past the kaolin horizon into fresh rock below the weathered zone.

Kula geologists are on site along with Stark Drilling for the program which is expected to take 10 days to complete. 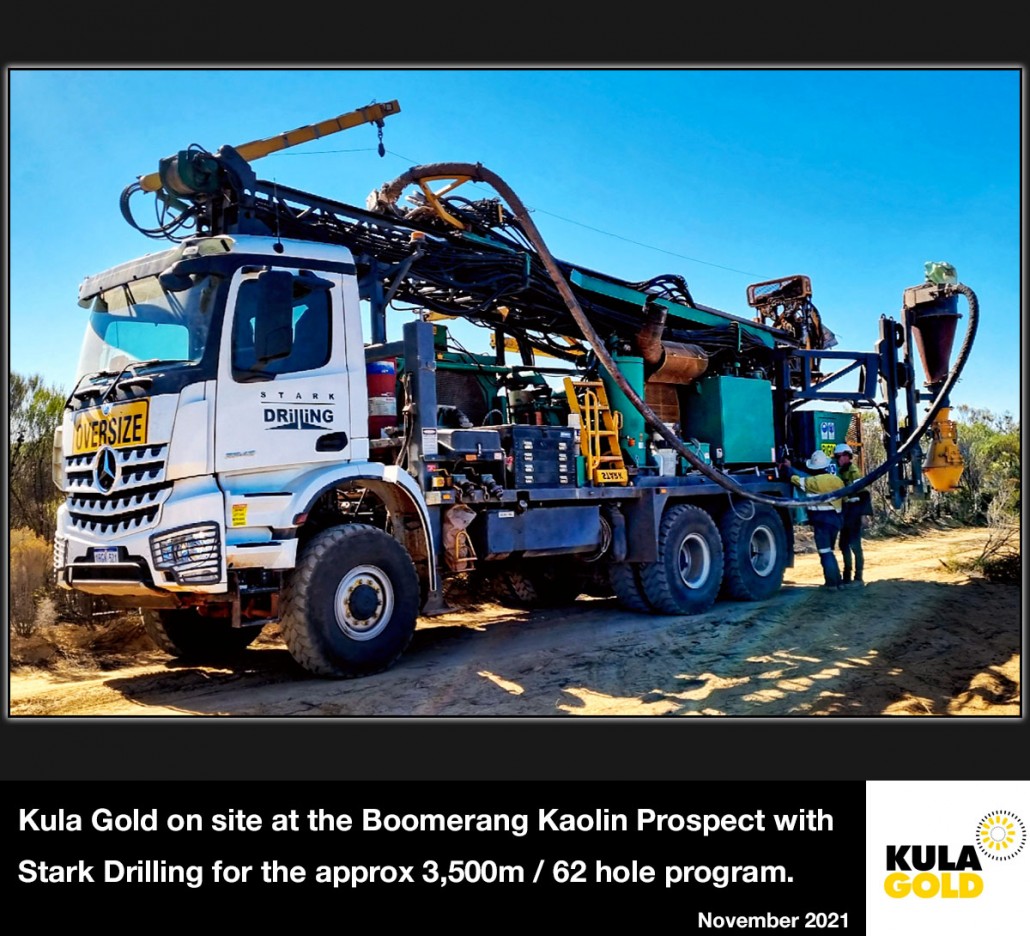 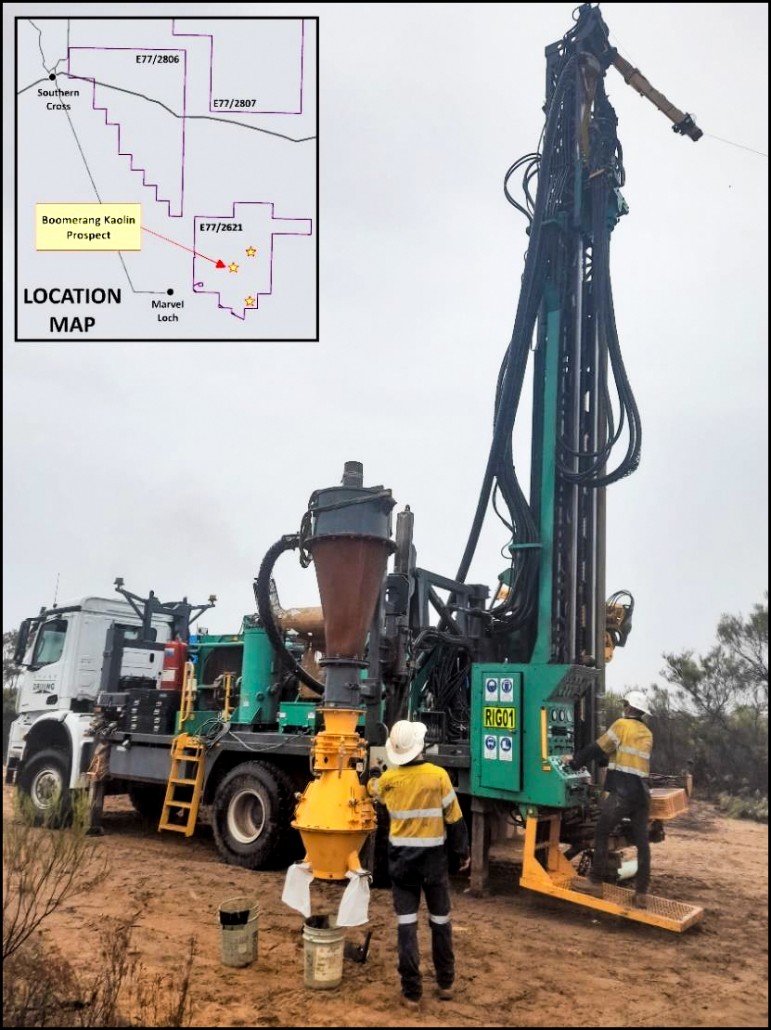 Assays will be completed by Bureau Veritas (Adelaide) and Halloysite by CSIRO Adelaide. Results will be reported as they become available noting the current longer than usual lead time for results. 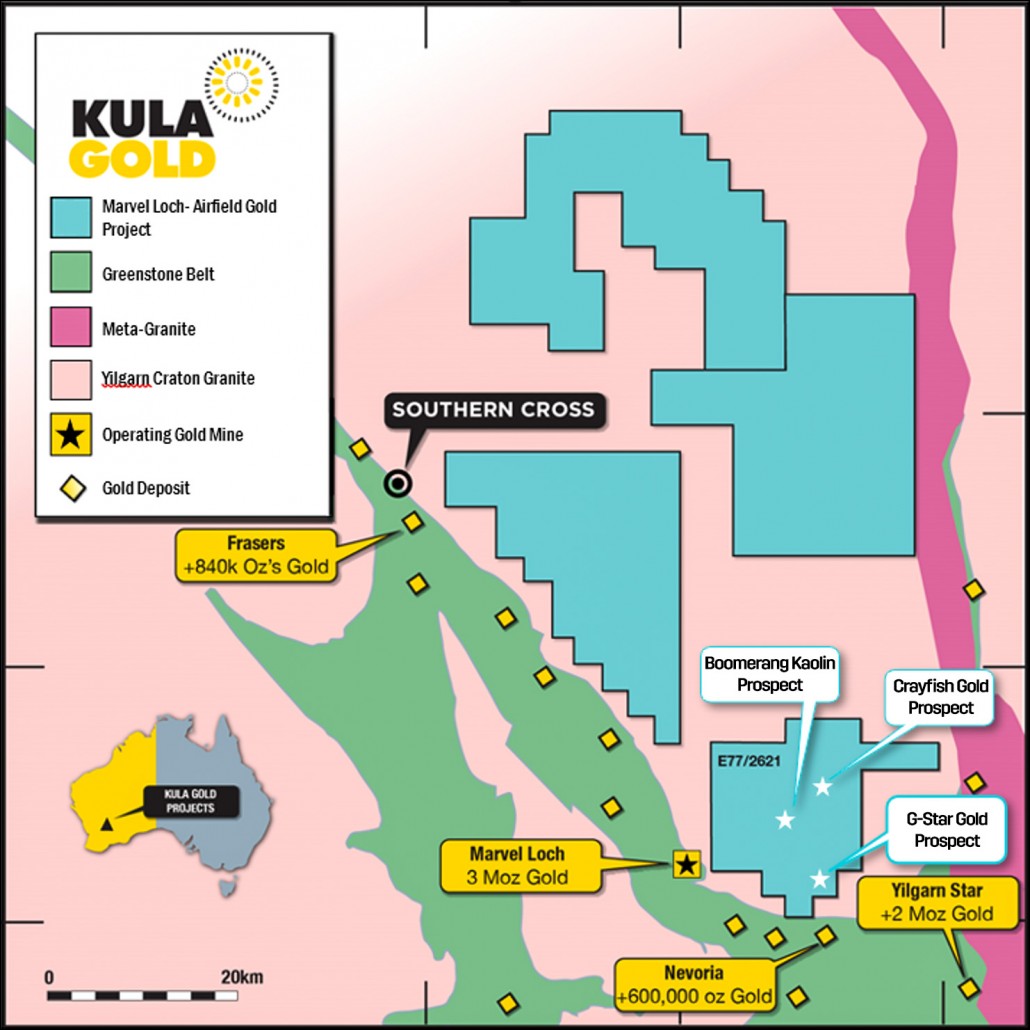 About the Company
Kula Gold Ltd (ASX: KGD) is a West Australian gold exploration company focussed on large land positions and structural geological settings capable of hosting ~1m oz deposits.
The company has various gold, copper, nickel, PGE, halloysite and kaolin projects across the Southern Cross region including Marvel Loch, Rankin Dome and Westonia, as well as at Brunswick and Kurnalpi-Lake Rebecca. The company has a history of large gold resource discoveries with its foundation Woodlark Island Project in PNG.
Contact the Company Secretary on Tel: +61(08) 6144 0592 or via cosec@kulagold.com.au