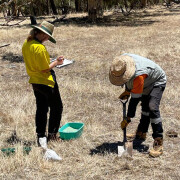 Kula Gold Limited has their high level exploration team currently prospecting more of their 240km² Brunswick Ni-Cu-PGE Project, with the team undertaking a comprehensive soil sampling program to test the majority of the magnetic targets identified at the location (to date).

Fresh from releasing images of Amphibolite rock samples which advanced Kula’s mineralisation understanding of the project in early February, the Kula team has continued their exploration of the site and is conducting its first soil sampling program across the month of February.

What excites Kula about the Brunswick area is the site almost totally unexplored and is situated not far from the Chalice Gold Mines (the Julimar Ni-Cu-PGE Project). Last week DevEx Resources also announced they had begun an air-core drilling program at its Sovereign Project – which is north of Chalice’s Julimar project) targeting Ni-Cu-PGE mineralisation.

From DevEx Resources on February 8 2021:

The Sovereign Project overlies a magnetic complex of rocks that is interpreted to be part of the same mafic-ultramafic intrusive rocks hosting the Julimar Complex, where Chalice Mining Limited (ASX: CHN) has discovered significant Ni-Cu-PGE mineralisation.

The ~7,000m program, comprising 230 holes, forms part of a substantial, project-wide exploration campaign, and marks the first-ever drilling to be undertaken at depth on the Sovereign Project.”

For the full release please visit the DevEx Resources Website for the PDF. 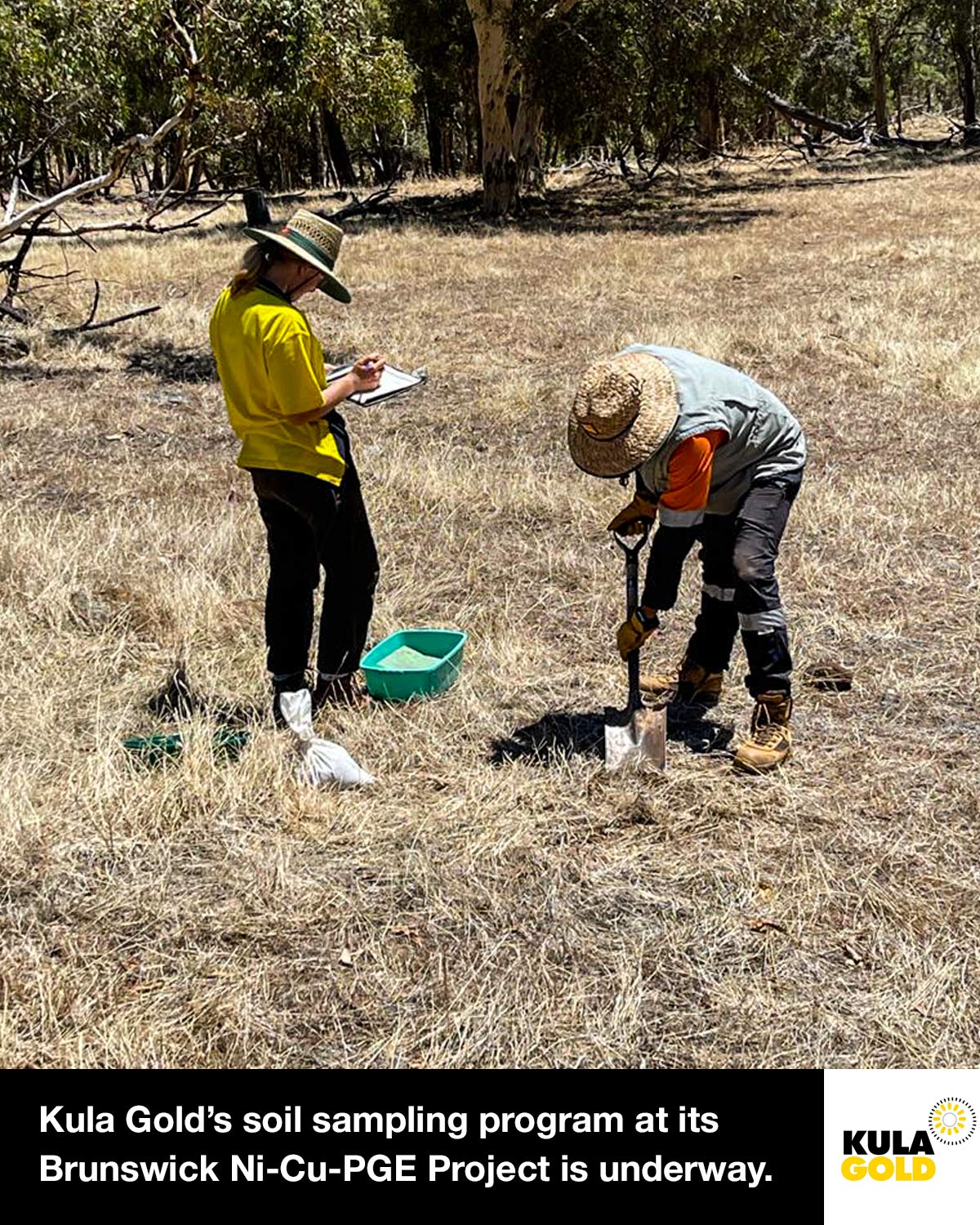 The Brunswick licence – located in the Western Gneiss Terrain, 150km south of Perth – is also prospective for pegmatites which will be the subject of a planned field mapping program based on Aster imagery.

Kula Gold looks forward to sharing news from the soil sampling program in the near future.

Copper mineralisation identified at Brunswick Project in the Western Gneiss...
Scroll to top