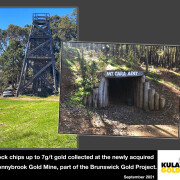 ⛏️ Kula Gold Limited reports a recent site visit by the company’s geologists to its expanded Brunswick Project allowed 8 grab/rockchip samples to be collected from its licence E70/5660 which hosts the Donnybrook Gold Mine (historic) and results from samples found up to 7g/t gold. 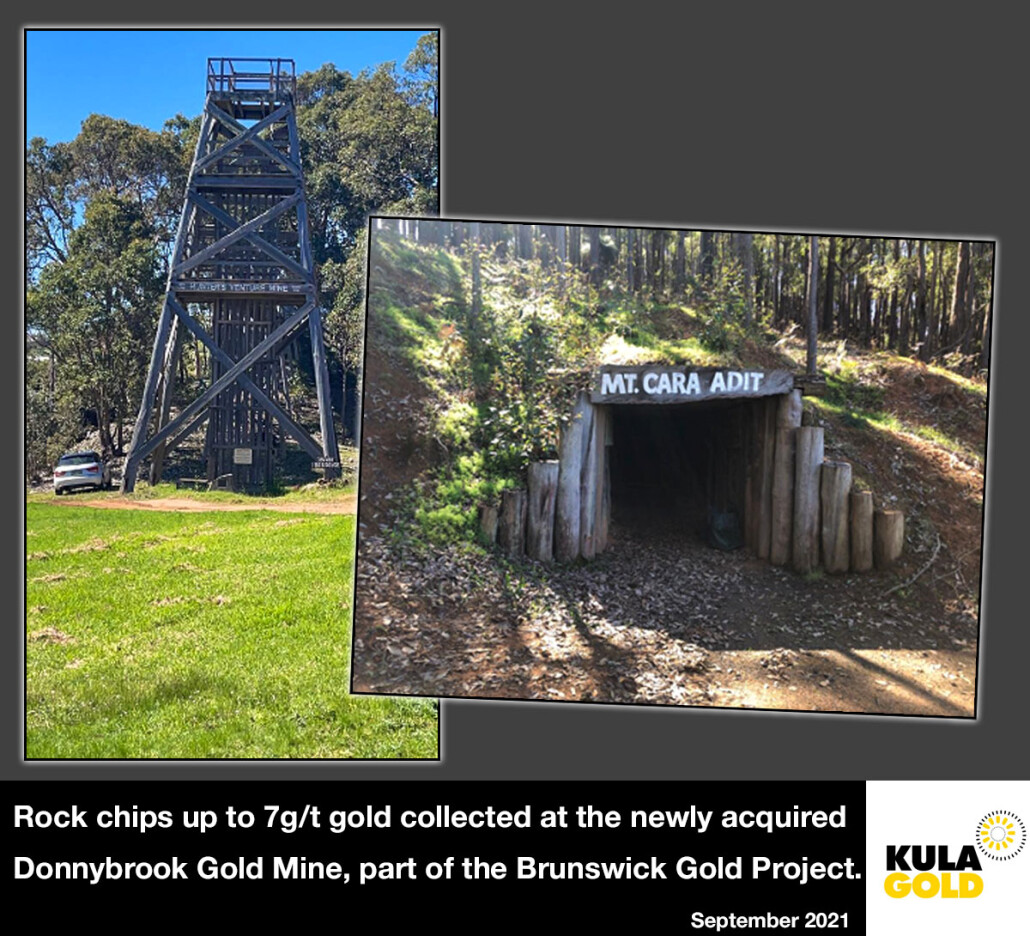 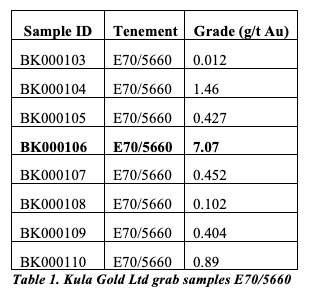 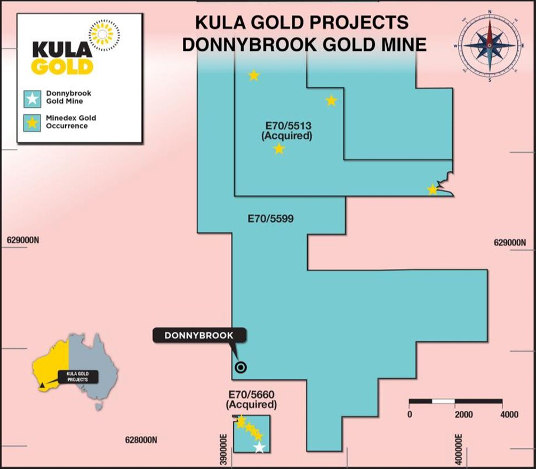 Figure 1. newly acquired projects in the southern end of the Brunswick Project.

E70/5660 hosts the Donnybrook Gold Mine (historic) and includes some of the historical shafts and drives still in existence from the mine which operated in 1897-1903, then 1930’s to 40’s as the Hunter Venture mine.

In 1983 and 1984 West Coast Holdings (“WCH”) and BP Minerals carried out percussion, reverse circulation, and diamond drilling on the old Donnybrook Goldfield completing a total of 20 drill holes. Significant Intercepts from this program are presented in Table 2 below.

The most significant results derived from the 1983 and 1984 drilling programs.

Source: WAMEX report No. A73279 for all significant results reported below.

Between 1984 and 1985 a joint venture between WCH and BP Minerals followed up epithermal mineralization, delineated by the previous program.

BHP tested some of the epithermal systems it had identified with percussion and diamond drilling in 1987 and 1988. The drilling confirmed that epithermal systems existed at depth and the results showed the presence of gold at several intercepts. It is probable that high level Au mineralisation is localised and pod-like within broad envelopes of epithermal alteration zones which generally have a low-grade Au background.

Kula Gold plans to complete further historical data collation and collect new surface channel samples at Mt Cara and to the north along strike of the interpreted vein system. This work will focus a carefully targeted RC program to be performed testing the near surface, higher gold grades outlined in the historical drilling. 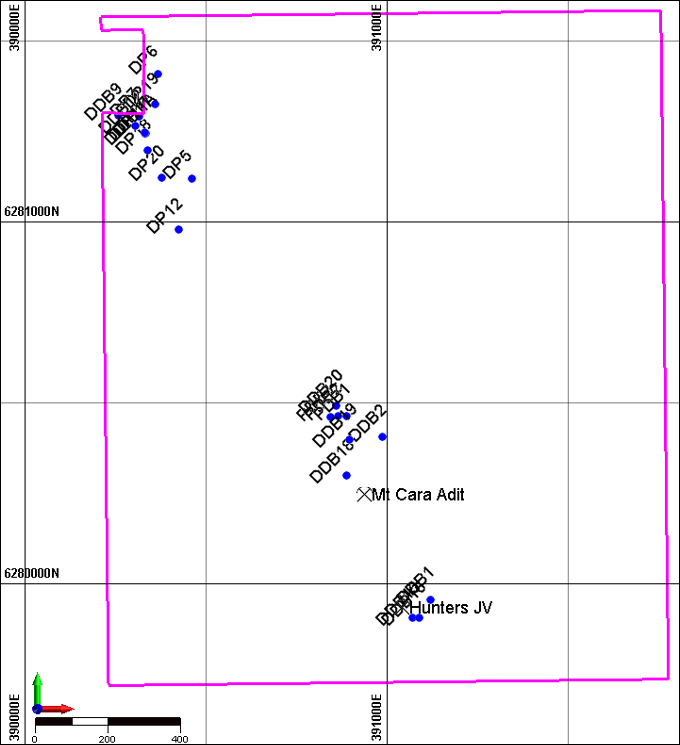 Results will be reported as work progresses, and assays are received and interpreted.

The historical production, drill results and recent geological interpretations by Kula have identified a gold camp opportunity at Donnybrook and the wider Brunswick Project (40km+ north/south length) noting the numerous historic gold occurrences as noted on WAMEX (figure 1) this is in addition to the Julimar and Boddington styles already identified and being explored for.